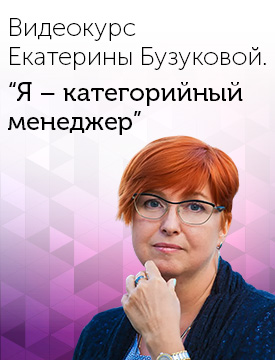 
Russian Bears and White Guards, or Russia and Belarus: Business Cultures in the 21st Century (Content, A Note from the Author)

Russian Bears and White Guards,
or
Russia and Belarus: Business Cultures in the 21st Century

A Note from the Author

In Place of Preface. "Goldie" (a Fairy-Tale for Adults)
Part 1. Russia
Chapter 1. A Sign of Times
1.1. Ideas and Values of the New Millennium
1.2. Sources of the Russian Character and the Russian Culture
1.3. Mass Culture
1.4. What Russian History and Literature Will Tell Us?
1.5. Introduction to the Business Culture of New Russia
Chapter 2. Comparing cultures
2.1. American lessons or how I got an Idea to write this book
2.2. Geert Hofstede: "Mentally programmed"
2.3.Richard Lewis: "Nothing but the Time"
2.4. Ivan Janzhul: "Extensive or Intensive Cultures"
2.5. Tremendous Impressions After Reading Edgar Schein
Chapter 3. Behavioral Peculiarities
3.1. How Russians from British Are Different
3.2. Artefacts of Private Life
3.3 The Business Behavior of Russians
Chapter 4. New Measurement
4.1. Culture and the "Dignity" Aspect
4.2. Another Measurement
4.3. Ten Measurements of Value of Dignity
4.4. Ten Measurements and Their Impact on Business Culture
4.5. Russia in the Mirror of Value of Dignity
4.6. Examples of Cruelty in Russian History
4.7.The Invisible Image
4.8. Where to Begin?
Chapter 5. Practical Advice on how to Conduct Business with Russians
5.1. Russians During and After Negotiations
5.2. What Russians Expect During Presentations
Part 2. Belarus
Chapter 6. The Byelorussian Factor
6.1. A New Challenge: Independence or Unification
6.2. How Byelorussians Are Different From the Europeans and Americans
6.3. Russians and Byelorussians: Distinctions or Similarity?
In Place of Conclusion: At sources of impressionism
Bibliography

A Note from the Author

Two great events, which my contemporaries involuntarily witnessed, determine the future of Russia and other countries of the CIS (Commonwealth of Independent States). They are post-communist transformation of the economies and globalization. Both of these events are a trial for the people of these countries. It is a trial because it undermines the stability of the most conservative and unchanging aspect of their lives, which is their culture. Openness of the new Russia towards the rest of the world necessitates development (others might say "rebirth") of Russian business culture. This culture is what the rest of the world is curious to learn and understand.

Many books and articles have been written about business cultures as a subject of scientific research. The Western world is trying to understand, study, and accommodate Eastern cultures, especially after the liberalization of the Chinese market; as well as Islamic culture and traditions, after the discovery of the richest oilfields on the Arabian peninsula. The Eastern world (Japan, Hong-Kong, Singapore, Korea) would like to understand and accommodate the Western world with its values and wider markets. Russia and Belarus have been attracting the attention of business circles since the time of Perestroika at the end of the 1980's.

Unfortunately, the beginning of the new century is darkened by the attacks on the World Trade Center in New York and the Pentagon in Washington, D.C., and Flight 93 in Pennsylvania. A new spark of interest toward the Islamic world and cultures is caused by all of the mental phenomena of Islamic subcultures. Growing numbers of extremists are all ready to give their own lives to destroy thousands of lives of innocent people.

A culture, especially the part that is connected to art, became a subject of my interest and hobby at the beginning of the 1980's. During those years I worked in Minsk in one of the research institutions that specialized in the field of corporate management. All of my spare time, however, was devoted to reading books on art.

On the 175th anniversary of the birthday of the French impressionist Edouard Manet (1832-1883), the USSR released a beautiful stamp of Manet's self-portrait. I decided to write my first cultural article about Manet for a Soviet philatelist magazine. I spent a number of evenings in the scientific library studying Manet's biography and pictures of his art issued in the USSR. I was delighted when the article was published soon after that.

Many years passed, but I could still remember the feeling that I experienced when describing one of Manet's works, The Bar at the Folies Bergere. In 1999, I went to England to the Chartered Institute of Marketing. In my hotel room, I found an advertising booklet on sightseeing in London and discovered, much to my delight that The Bar at the Folies Bergere was nearby in the Courtauld Institute in London. The painting is still displayed at that location. The next day I traveled to London by train, found the gallery, ran to the third floor, and there I saw the actual painting live. I had been anticipating that moment for sixteen years! It was a date with my youth.

Years have passed since I wrote the original article and then was able to see the actual painting. I wrote my dissertation on management, wrote two books, dozens of scientific articles, lectured in Minsk at the Belarusian Economic University, and later at the Institute for Privatization and Management. I never thought I would be able to write about culture or art again because culture as a topic of scientific work demands, in my opinion, a language quite different from the strict academic language I use in my professional life. When I started to write this book, I felt much the same way I did when working on that article in the philatelist magazine. That is why the style of this book is special: scientific and casual at the same time.

This book is about a new and booming business culture in Russia and Belarus. People in these countries were separated from the rest of the world by an "iron curtain" for eighty years. Perestroika broke the "iron curtain", allowing conditions for free exchange of people and ideas. The concept of the "iron curtain" remains important as it continues to influence the behavior and ideology of many.

At the same time, cultural tendencies which accumulated over several centuries of Russian merchantry continue to influence the behavior of Russian and Belarusian businessmen as well. Many researchers have noted the strength of tradition in Russian culture. Russian professor Andreeva notes that the "code of behavior" for athelings which emphasized a "low value of an individual" greatly influenced the ideology of Russian merchantry. (I. Andreeva, 1999)

I used to ask myself whether it is possible for the West to understand the new business atmosphere and attitude of Russia and Belarus using existing knowledge. I believe that to some extent it is. Two chapters of this book cover the research of the Russian lifestyle, which was conducted by Geert Hofstede and Richard Lewis.

However, there is something special about the culture of Belarus and Russia, which other countries might not understand. In his book How to Do Business in Europe (which was written specifically for Russian readers) V. Hoyer states that Russia is known to the world for its richest contributions of literature, painting, and music. Nevertheless, a character sketch of a Russian individual and Slavs in general, was a caricature based on long-felt beliefs. Slavs were shown as lazy and stupid, preferring to spend their winter laying on a bear rug in front of the fireplace with a pot over fire.

As for Belarusians as a nation, they are not known to the people in West Europe and the United States. Hoyer, who is a European, confesses that even educated people in the West confuse Belarusians (which are often referred to as White Russians) with the so-called Whites who fought against the newly established communist regime during the Civil War of 1918-1920. (V. Hoyer, 1990).

This book is an overview of business cultures in Belarus and Russia, as seen by an insider.

Why Belarus and Russia? Are the cultures of Belarus and Russia similar in many ways? Is it possible to combine these cultures in one research? I believe it is. Belarusian and Russian people have been coexisting for more than 300 years. Belarus was a part of the Russian Empire for several centuries prior to becoming a part of the Soviet Union. The majority of Belarusian people speak the Russian language. School children study Russian literature and history. Belarusians know more of Russian history than of their own Belarusian history. Tens of thousands of Belarusians have relatives in Russia, and many Belarusian people consider themselves ethnic Russians.

It is common knowledge that beginning in 1991, Russia and Belarus became independent states. However, both countries have open borders. More than 70 percent of Belarusian exports go to Russia, while Russian goods enter Belarus. Russian goods can be bought in Belarus and Belarusian goods are available in Russia. In my mind, Belarusian businessmen are half Russian because the majority of them work in the Russian market.

There are indeed differences in the business cultures of Belarus and Russia, and I discuss those in my book. Business in Moscow and Petersburg differs from one in Belarus, but it also differs from Russian business as a whole.

This book is about the attitudes of the people who are engaged in business in Belarus and Russia. What determines their behavior? How do they see ways to move toward success? What factors determine their success, and what can their partners, including those from other countries, can expect of them? These are some of the questions I discuss in my book.